What are the benefits?

As INVEGA is granting loans “Startuok“ financed by the European Regional Development Fund, it attempts that the small and medium-sized business (hereinafter – SMB) undertakings operating not more than three years or conducting the social impact projects and operating not more than five years, and SMB undertakings that were established in Lithuania not earlier than on 24 February 2022, the stakeholder of which (shareholder, member, partner) or the owner of which is an Ukrainian citizen holding the Lithuanian residence permit or an Ukrainian legal entity that has been operating not more than five years, and have a reasoned business plan, would receive the necessary funds to finance their projects, when new activities are started or when it is endeavoured at strengthening or expanding the already present activities.

SMEs that comply with the SME status defined in the SME Law, and: 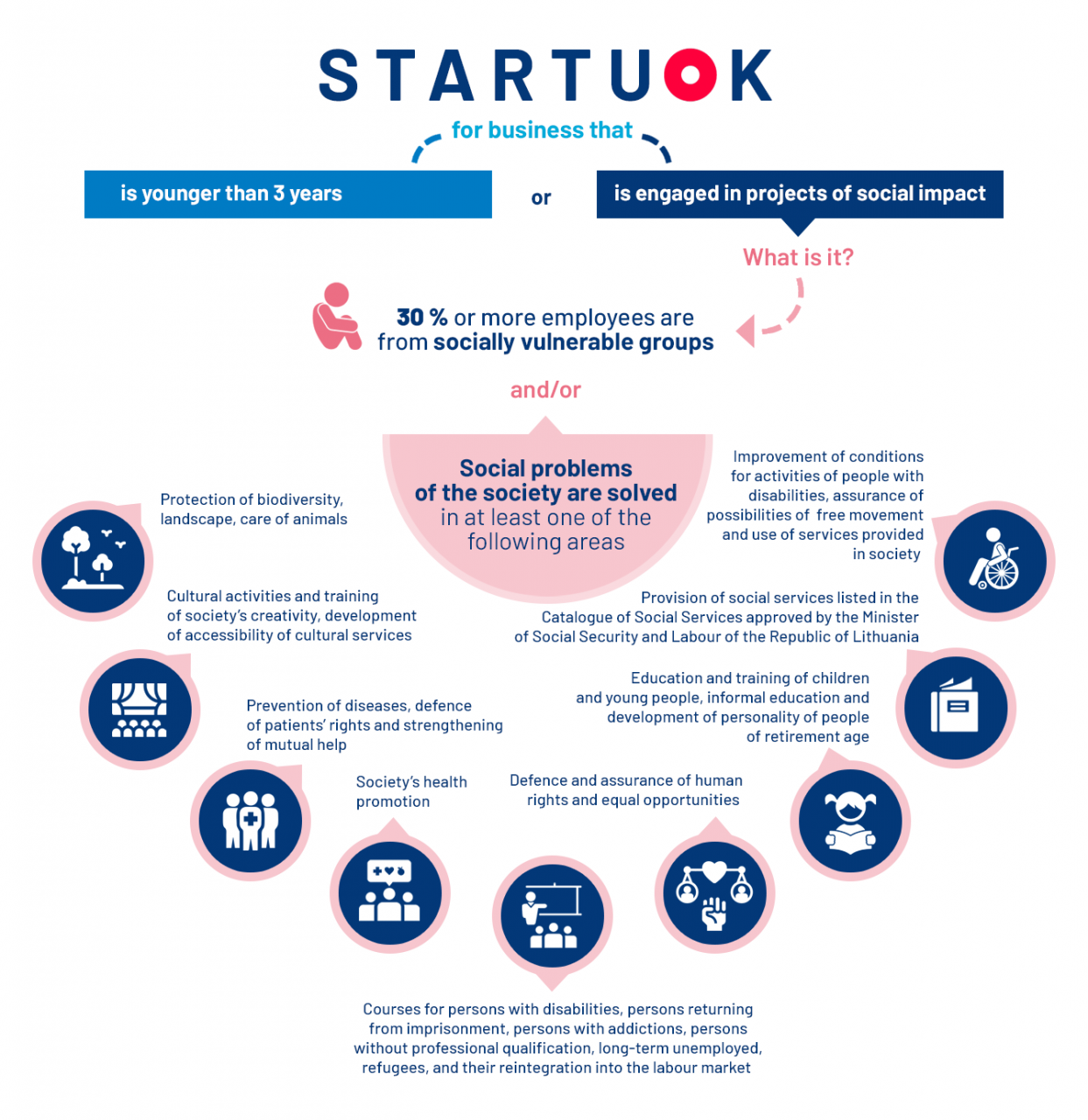 * Declaration of a single company shall be submitted by a medium-sized, small or microenterprise operating less than five years.

You may apply for the loan if:

A borrower is not considered to be a business in difficulty if it is a micro- or small enterprise, if no collective insolvency procedure is applied for it, and if it has not received any rehabilitation or restructuring aid. Besides, the borrowers cannot be the entities going bankrupt, in the course of restructuring, and they have to satisfy other requirements.

* Business undertakings that were established in Lithuania not earlier than on 24 February 2022, the stakeholder of which (shareholder, member, partner) or the owner of which is a Ukrainian citizen holding the Lithuanian residence permit or a Ukrainian legal entity that has been operating not more than five years.
** In compliance with the requirements of Paragraph 2 of Article 22 of the General Block Exemption Regulation.

Total budget allocated for the instrument is EUR 25,29 million.

The loan’s interest is partially fixed. The share of partially fixed interest is determined according to the publicly available interest calculation methodology applied for loans granted by INVEGA. It depends on the borrower, hazardousness of the project under implementation, amount of loan’s securities, and term of the loan.

The number of loans granted to one borrower shall not be limited.